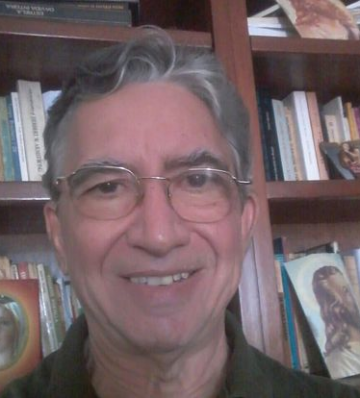 have a speedy solution on the part of Brazilian

authorities, otherwise we will be watching a never

thought before wave of violence, mainly in São Paulo

The situation is too serious to be disregarded by

teenager to be held responsible for a murder committed.

Present penal sentence for a murderer can only be

applied from eighteen years old on. Before this limit, an

adolescent (male or female), can only be sent to the so

called state reformatories the function of which is to try

to reeducate and ressocialize the youngster criminals,

of social and psychological work fruitless, as it is

claimed they do not get to reform these young people.

reaching adult age, they leave those places of isolation

from society worse than before they were sent to those

reformatories. Reality has shown that in most cases this

is what actually happens.

As it is, the situation of these young criminals, whose

age for some of them ranges between twelve and

steps to be taken by competent authorities especially

boys and sometimes girls causing too many griefs and

afflictions to parents who are bereft of their beloved

ones, victims of these cruel and cold criminals.

In São Paulo an example of this happened to a young

university student of radio and journalism who was

killed three days ago by a seventeen year-old criminal

who held him up in front of the student’s residence.

The thief wanted the student’s cell phone and the

student, in turn, handed him what he was asked to. I

of reaction against the murderer who leveled a gun at

him, and at the same time shot him dead on the face at

As you can see, my reader, it was a hideous crime, an

abominable action of savagery practiced by a human

being. This shocking murder at once became a

nationwide piece of news spread throughout the country

and by all media and Brazilian society, it seems, has

Maybe this murder will become a turning point in the

history of murders committed by young criminals in

Brazil. As the student’s mother stated: “Something must

be done to put an end to tragedies like these. It is not

possible that such a kind of crime may last for ever.

What will become of us here in our country?”

What seems to me is that Brazilian people, chiefly the

common people, want a strong and urgent change in

reduction in the age of youngsters who murder or rape or

This issue of course should be widely debated by

society begore being transformed into a federal law.

However, the fact that cannot be neglected at all, in my

view, is that something in this direction should be done

immediately. People’s patience has been exhausted. Our

country does not accept that the present high level of

violence may go on endlessly.

Brazilian society, as a whole, cannot bear any more

such anomalous situation as far crimes are concerned. It

is known Brazil’s Penal Code is outdated. We also know

a reform of it which is underway should take into due

So, I expect the members of learned jurists who are

dealing with it at present will carefully think in depth

about this subject, as it cannot be put aside among other

important issues of our social life.

I think it would be extremely important to have our

society mobilized towards demanding from our

congressmen, as urgently as possible, the presentation

of a bill dealing with this momentous issue.

sanctioned as soon as possible by the President of the

Republic having in mind the will and wishes of the

greater part of Brazilian society who eagerly expects our

innocents of all ages and social ranks.

We all know that we may become, at any time of day

or night in rich or poor sections of our cities, helpless

fatal victims of these young murderers.

Incidentally, in the case of the student killed in São

Paulo, the police did not even need to search to locate

him and get him arrested. Before that could occur, the

young criminal cunningly gave himself up to the nearest

Naturally he acted so because he was aware of the

cricumstance that if he did not show up immediately at

the police station, he might be arrested as a grown up,

since three days later he would complete eighteen years

old, that is, he would have been treated like any other

grown up declared guilty of a crime. To escape the law

infringement and by behaving as he did, he got rid of

Obviously, when at home watching the news about

his murder on TV and probably advised by someone

related to him, his mother or a friend or someone else

more experienced, he did not count twice and quickly

got to save his skin. That is the way unfortunately

things are unfolded in Brazil when dealing with law

Brazilian citizens expect that effective steps must be

taken in short or medium term to improve this gloomy

unprecedented violence terrifying a society in its

We are practically helpless, with tied hands, hostages

of very dangerous killers ready to surprise us, as I said

before, around the corner.

Brazilian authorities in all their instances of power,

whether federal, state or municipal spheres, have to give

an immediate response to this most serious problem that

our people all over Brazil are going through, mainly in

the most affluent cities: São Paulo and Rio de Janeiro.

Impunity in Brazil is the corollary of omission of

Hugo Deppman adds to one more similar case in the

ever increasing death rate of innocents of all ages killed

in my country. Brazilians generally ascribe these crimes

to impunity on the part of Brazil’s authorities.

In a way, Brazilian State for sure has its share of

blame in this connection. Brazil should struggle

incessantly against this reprovable and distressing

situation which gives a bad image of social life in my

In conclusion, so many abomnavble murderes have

vbeen committed by teens to such an extent that

Brazilian society no longer can stand this situation.

We have come to a climax of criminality brought

families are frightened at this wave of violence that

seems endless. We have lost a meaningful number of

people of all ages who have been recently killed by

monsters who take advantage of their age bracket to act

By being aware they won’t be arrested and later sent

to prison, as they are legally protected by a statute for

minors, to commit a cruel and hideous crime, as was the

or four who entered her office, set fire to her body and

burnt her alive! I cannot help reporting that the

victimized dentist was the only supporter of her family

You see, reader, one of the murderers was an under-age

Among lawmakers in Brazil’s House of Deputies and

political sensitivity inasmuch as I haven’t seen so far any

movement of congressmen towards presenting an urgent

bill related to the reduction of full age bracket as

urgently as possible so as to give an expected and firm

It’s up to politicians, men of laws, lawyers, jurists,

to take short term measures in order to give the first

On the other hand, I have seen people related to the

judicial power who are against the general cry of

Brazilian society with regard to this issue of age

On my part, I remind them of the circumstance of the

fact that in this particular matter, their viewpoints,

supported by arguments grounded on juridical

knowledge, does not allow them to be the only ones to

give the last word about an issue that is beyond sheer

juridical domains but pervades other fields of

knowledge such as sociology, anthropology,

valid, as it is based on life experienceum

no peito no mesmo lugar